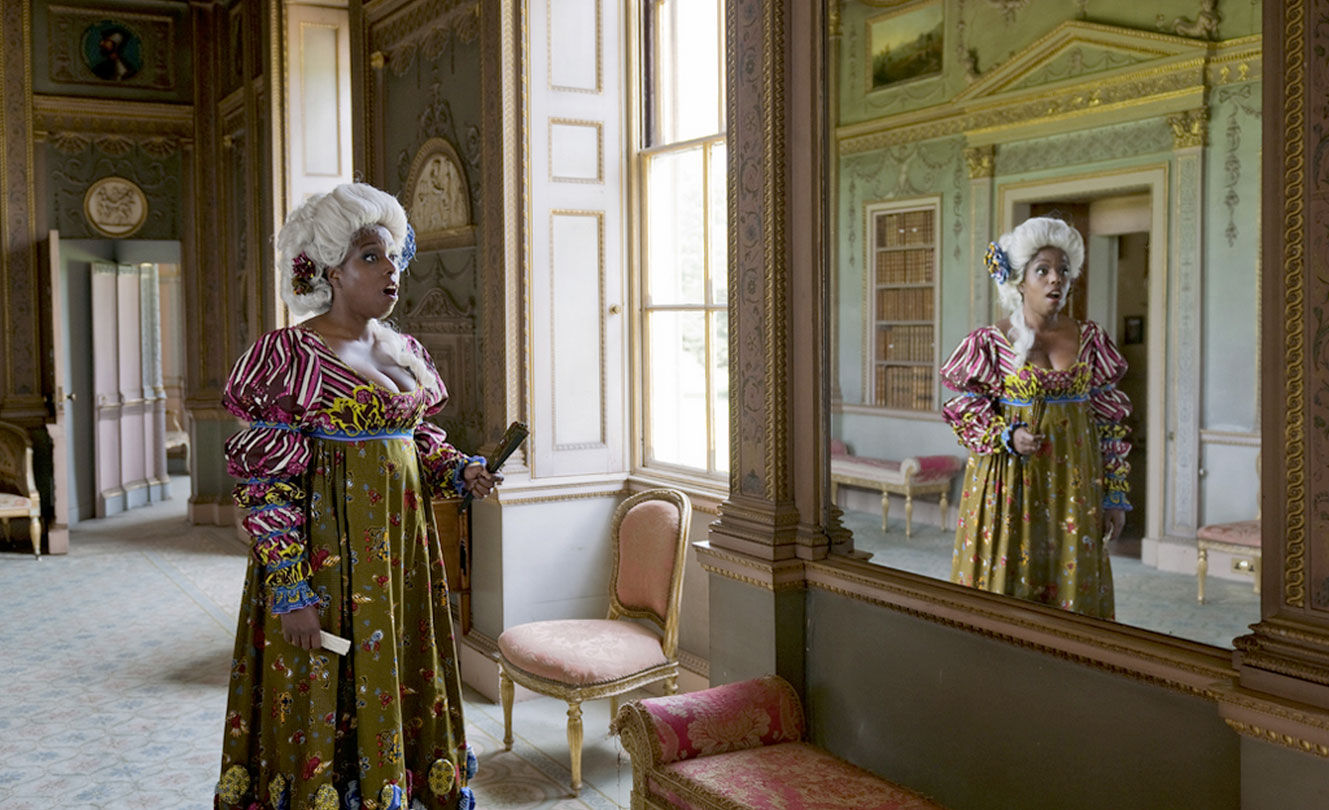 Yinka Shonibare MBE opens his first major solo exhibition in Canada at DHC/ART Foundation for Contemporary Art in Montreal. Born in London of Nigerian heritage, Shonibare moved to Lagos, Nigeria with his family at age three, returning to Britain later to study art. His work has been exhibited extensively in the United States and Europe in such notable contexts as Documenta 10 and the 52nd Biennale di Venezia. Pièces de résistance presents seminal and more recent artworks across painting, photo, film, and sculpture.

Shonibare has become known worldwide for his use of Dutchwax fabric as a conceptual and formal device in all of his work. While stereotypically associated with Africa, the origins of Dutch-wax fabric are actually found in Indonesian batik techniques, which were then industrialised and appropriated by European interests. With its mixed and mistaken provenances, Dutch-wax fabric provides a sumptuous yet probing vehicle to evoke the complexity of concepts such as identity, authenticity, ethnicity, representation, hybridity, race, class, migration, globalisation, and power.

Shonibare employs a multiplicity of strategies, including auto-ethnography and humour in combination with art historical and literary references, to deliver a body of work that is simultaneously seductive and subversive. His critical reflection on power relations between Africa and Europe is delivered through a formal treatment that is both lavish and decadent. In a related area of investigation, he reveals his affection and respect for British culture and institutions while simultaneously questioning class and privilege. It is this ambivalence that most productively unsettles simple binaries and reveals the intricacies involved in negotiating his subject matter.

In 2005, Shonibare was awarded the decoration of Member of the “Most Excellent Order of the British Empire” (MBE). While other Black British artists have turned down this distinction, this acronym has been officially added to his professional name as it underscores the tensions that emerge through his work in regards to the experience of being at once inside and outside, of belonging and of marginalisation.