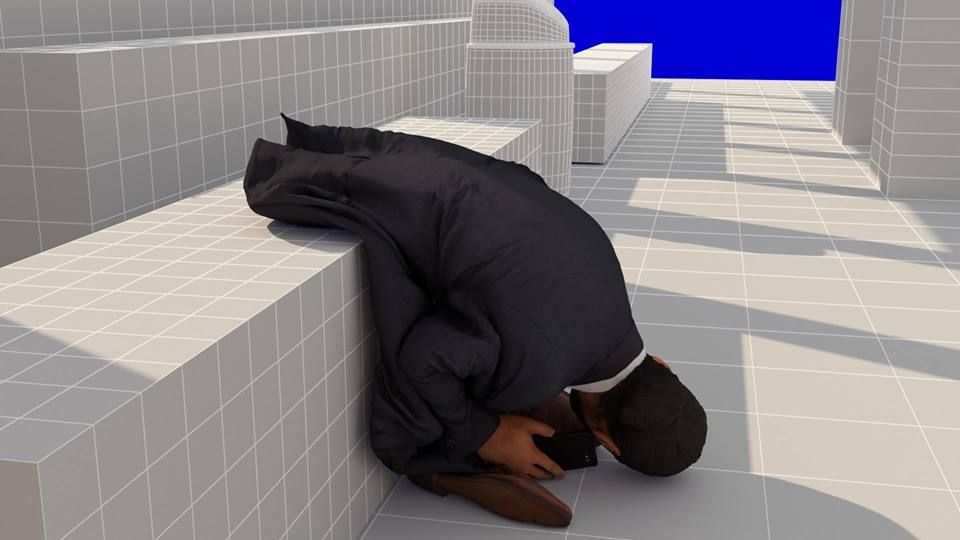 From 8 September to 3 November, TRANSFER Gallery in Brooklyn, New York presents Weird Capitalism, an exhibition by

Alan Warburton and Alan Butler and a treatment of the topic of work. The exhibition is curated by Nora O Murchú and is supported by Culture Ireland.

Weird Capitalism looks at the conditions of contemporary labour, which owing to digitisation is tied not only to physical effort, social strata and the exchange of money, but also tangled together with our emotions, with the way we process and share knowledge, and with the way we understand ‘the self’. “Economic transactions disguise themselves as experiences, surplus value comes in the forms of retweets, and reposts and algorithmically configured trends.”

Rather than being understood as an environment through which we move and test ideas, work is instead something that rewires our brains, reshapes our bodies and channels our identities.

“Work transforms us. Work contorts us. Work bends us. To live in strange worlds. Fit new ideals. To constantly consume ourselves, spreading its banality across virtually every aspect of our daily lives.”  - Mark Fisher, Capitalist Realism: Is There No Alternative?

Warburton and Butler explore the notion that we are among the weird products of capitalist society. The artists take a look at the bizarre situations humans find themselves in thanks to the structures of capitalism - identikit suits and identikit personas, contract structures whose management is a job in itself, the way our language adapts in a business meeting. We are embedded and complicit in the production of capitalism, which in turn is complicit in the production of popular ideas around self and success.

Weird Capitalism features Homo Economicus, a recent work by Alan Warburton which focuses on how men working in finance commodify their own bodies and voices in a competitive environment, a process which is part of the long and problematic history of the concept of male self-worth. Also on display is a new series of sculptures by Butler which combine LEDs, found objects, CG video and other objects to look at the forms generated by new and precarious economies through the filters of video games and internet culture.

By expanding the bizarre languages of capitalism, the exhibition seeks to open up ways of negotiating a confusing world, a digitally mediated society whose parameters are unstable.