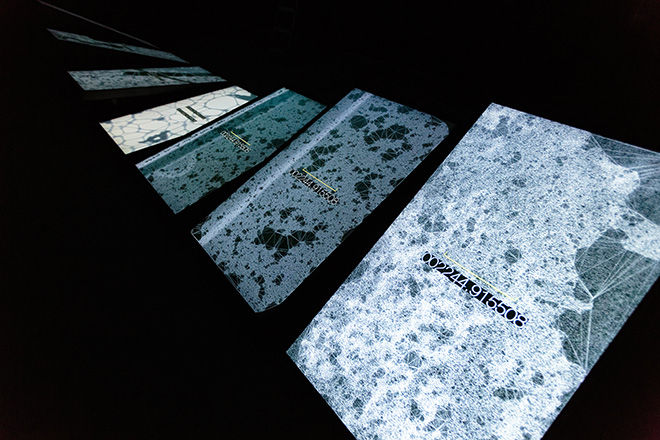 Ryoichi Kurokawa. The show is the first international showcase of Kurokawa’s work in Italy.

The exhibition will open on 14 September at the Palazzo Santa Margherita and will take place in conjunction with NODE festival, the international electronic music and live digital media festival, which this year takes place in Modena on 14 September and from 14-17 November. The festival coincides with this year’s festival filosofia, the theme of which is truth. Al-jabr is one of two major solo exhibitions by leading digital art practitioners in the fall of 2018, the second being an exhibition of the work of Jon Rafman.

The title of Kurokawa’s solo show, al-jabr, is in reference to the Arabic root of the word ‘algebra’, a word which encompasses process and product as it refers to the recomposition of a whole from its parts. Kurokawa’s focus for the exhibition is the concept and act of union and reunion. The works in the exhibition are ‘time based sculptures’ which enunciate the relationship between sound and image as it forms unions with varying degrees of ephemerality and permanence. The pieces take the form of immersive installations, digital prints and physical-digital sculptures each of which explore the process of union from a different perspective.

Opening on 14 September during NODE, al-jabr is on display until 24 February 2019 at the Civic Gallery of Modena, Palazzo Santa Margherita, Corso Canalgrande, 103 - Modena, Italy.