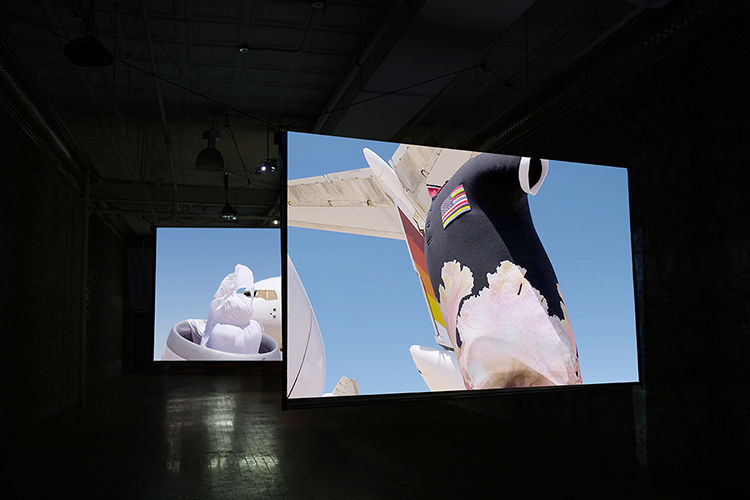 Marie Vic presents a 9-channel video installation, Blowing Ricardo, at Fashion Film Festival Istanbul from 28-29 November 2015. The installation, which was premiered at Hotel Particulier in New York earlier this year, will be displayed at the Zorlu Performing Arts Centre for the duration of the two-day festival. Marie Vic will also be present at the event to discuss her work in an artist talk moderated by Turkish art critic and curator Mehmet Kahramanon on 29 November at 12:00pm. The Fashion Film Festival Istanbul is the first of its kind in the city following the Fashion Film Festivals in Berlin, Madrid, New York and Lahore. The event will feature art videos, fashion films, an international competition, and artist talks exploring the intersections of the creative fields of fashion, film and design.

For the festival, Marie Vic presents a series of videos recorded in an aeroplane graveyard in California - a vast, echoing space whose purpose has been lost as it filled with planes unfit for flying. The artist brought to this environment chiffon garments designed by the fashion designer Riccardo Tisci for Givenchy, and recorded them beside and inside airplane carcasses as they were buffeted by the wind. The resulting installation presents what Marie Vic refers to as a ‘community of loners’: a collection of empty but billowing, hard and soft, still and moving scenes acting together, but separately in the new space of the gallery, bringing the brilliant sun of the Mojave desert to a darkly lit room. Marie Vic’s work connects to both the fashion and art worlds, where the works have been incarnated as a series of billboards titled, Blow-Up displayed across Lower Manhattan, New York. 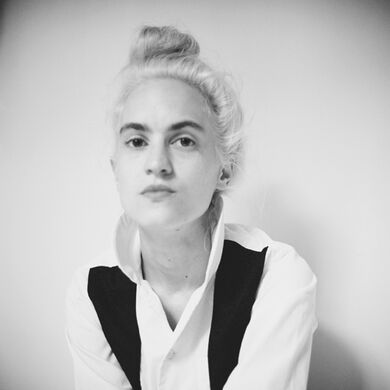 Interview with Lawrence Weiner: The Materialist