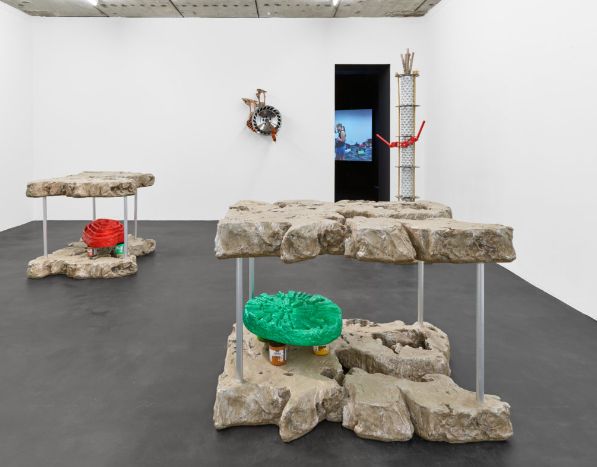 From 28 April to 1 July 2017, a solo exhibition by Guan Xiao is on display at Kraupa-Tuskany Zeidler in Berlin.

In Living Sci-Fi, Under the Red Stars, Guan Xiao builds exploratory forms which populate and communicate within the gallery. The forms emerge from the fragmented late capitalist world, where streamlined consumer objects and smooth-walled structures coexist with, and grapple with, living creatures, plant life and dust.

The sculptures on show are a mimicry of the world we inhabit; they represent the relationships between the different forms which populate the contemporary world, distilling them into new forms which combine creatures and artifacts into new creature-artifacts. In making these new forms, Guan Xiao introduces a means through which to think about the potential for infinite new forms, relationships and communications between organic and inorganic.

On display alongside Guan Xiao’s sculptures is her new three-channel video work Dengue Dengue Dengue, which was developed for the exhibition A Temporary Futures Institute at M HKA, Antwerp. The work frames the dissemination of habits and behaviours as a process of infection; habits contaminate our behavior, spreading around the world like a disease, and calls for a critical distance from these dynamics; such distance would enable us to comprehend the origins of these habits and thus redirect them. Retreating from the dynamics which lock power structures in place is a process of understanding and rerouting vocabularies; this process is a means of understanding and surviving a fragmented and subsumed contemporary culture. 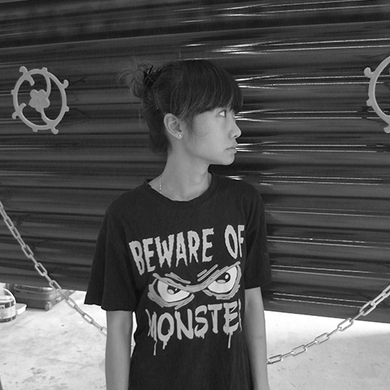