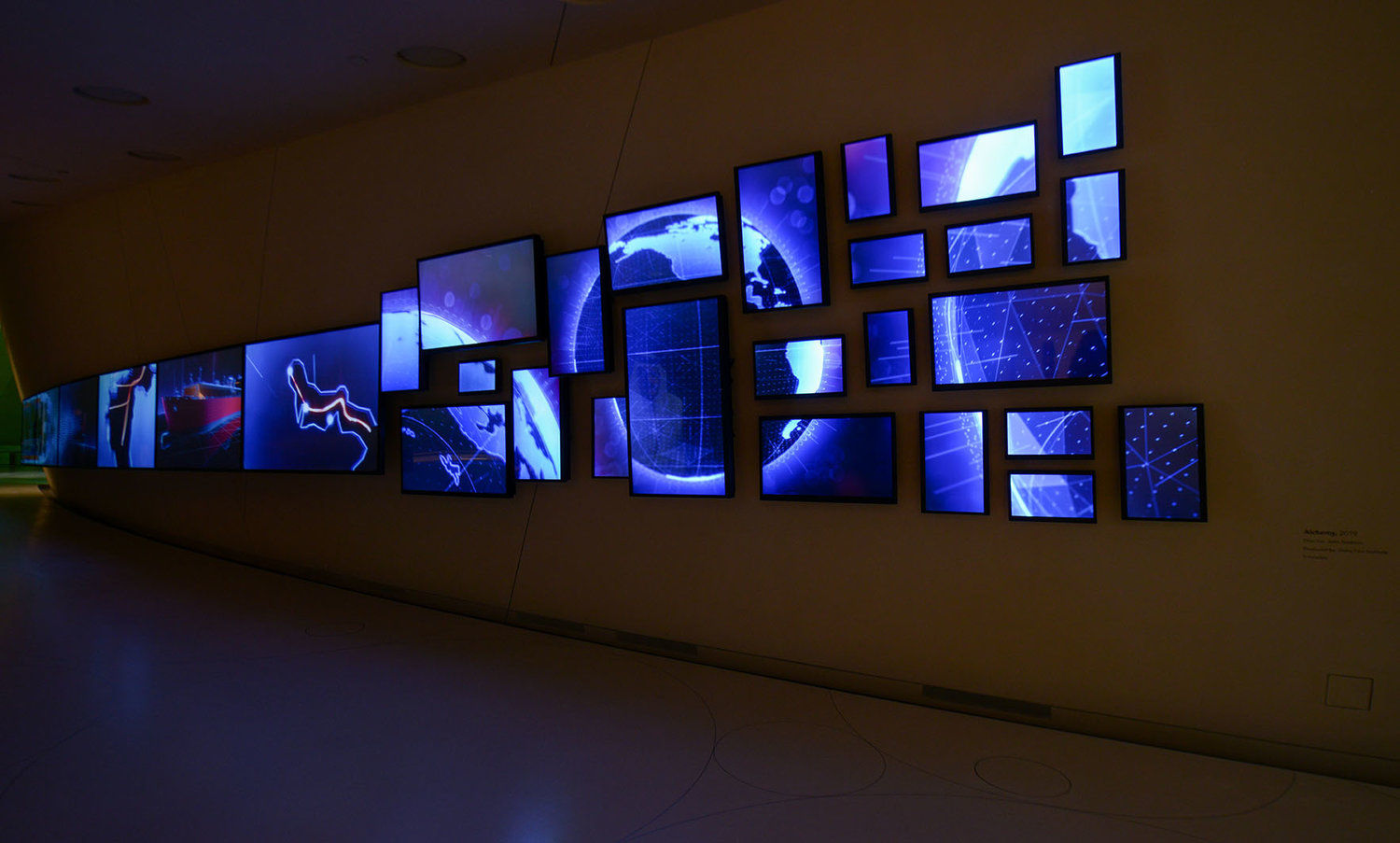 John Sanborn’s latest artwork launch on Sedition (Some 4 Seasons (Life's Transitory Desires), which launches on 29 and 30 January) we are looking back at some of the artist’s recent major public installations.

On 24 and 25 January Sanborn, in collaboration with anonymous avant-garde music and multimedia group The Residents, presented the world premiere of God in 3 Persons, a live video-concert performance of The Residents’ acclaimed 1988 album of the same name, at The Museum of Modern Art in New York. 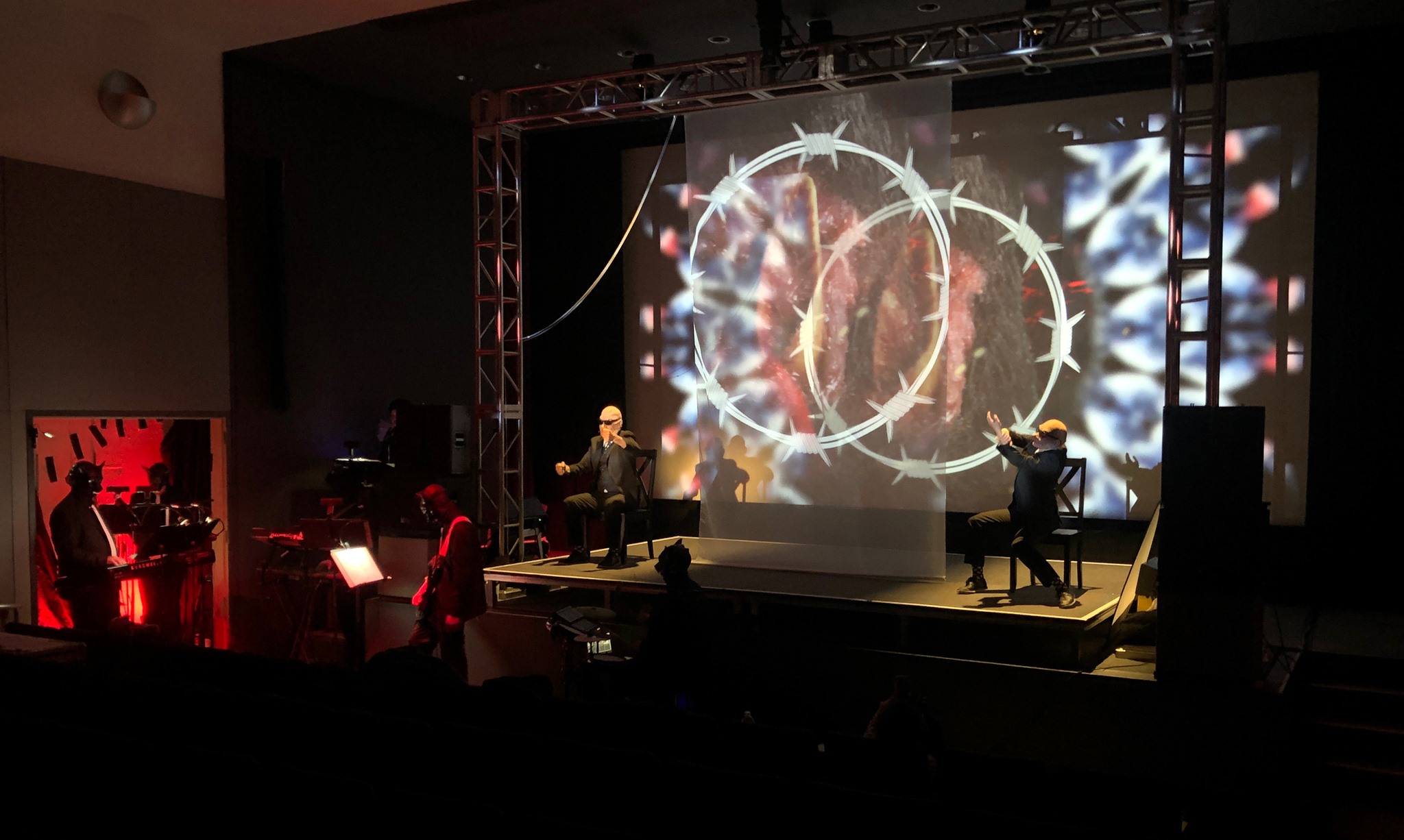 Devised by an intriguing creative group who have remained anonymous since 1972, The Residents’ 1988 album has never previously toured or been performed live. It tells the story of Mr X, who embarks on a transformative love affair with ambiguously gendered conjoined twins which, through The Residents distinctive iconography and Sanborn’s creative vision, reflects on religious fervour, exploitation and conditional love. Sanborn developed a script to adapt the album into a theatre production, and also created the video component of the piece. 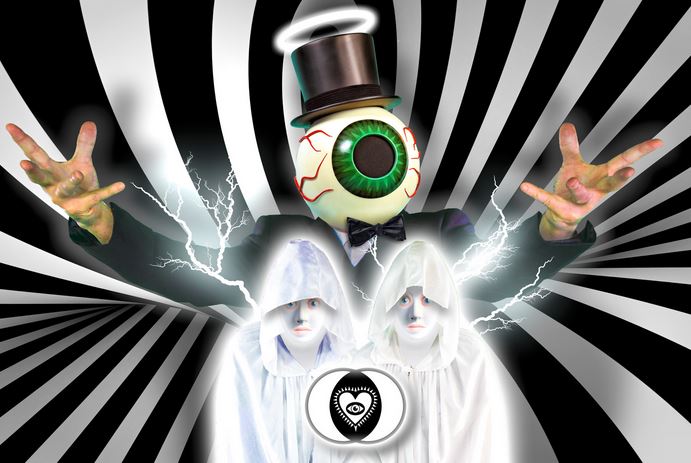 God in 3 Persons by The Residents and John Sanborn, MOMA, New York.

God in 3 Persons is the latest in a series of groundbreaking installation projects by Sanborn. The most significant new work of the past year is Alchemy, a commission produced for the National Museum of Qatar, which opened to the public in March 2019. Featuring 30 separate yet connected video screens and a soundtrack by Christen Lien and David Van Tieghem, the ambitious piece celebrates Qatar’s achievements in producing natural gas, a process that from a distance resembles alchemy before proximity reveals the engineering innovation and scientific discovery behind the invisible substance that powers our heating and cooking systems.

Produced by Doha Institute with CGI by Nice Shoes, the work is now on permanent display as part of the newly opened National Museum of Qatar, a vast and beautiful museum celebrating the art and culture of the region.

During 2019 Sanborn also held two solo shows in Paris. In September the artist presented Post-Cards from Post-America at Galerie Tokonoma in Paris. The exhibition explores spaces of confusion, narrative and linguistic entanglement, and what constitutes truth. “The barriers to expression are the first step – but after that what do we have to say? Are we speaking truth to power, or shouting into the wind? Do we even know what truth is – or are we satisfied with making it up as we go along?”

Meanwhile from June to November his project NONSELF was displayed in the Jeu de Paume’s Espace Virtuel. The series of 110 short videos investigate the idea of the non-self, the inverted self-portrait.

A collection of digital editions by John Sanborn, The Anesthesia Quartet, was released on Sedition in July. View and collect the works here. New artwork by Sanborn will launch at the end of January 2020 on Sedition.

Yinka Shonibare: Justice for All

Into The Light: Sougwen Chung and Yo-Yo Ma