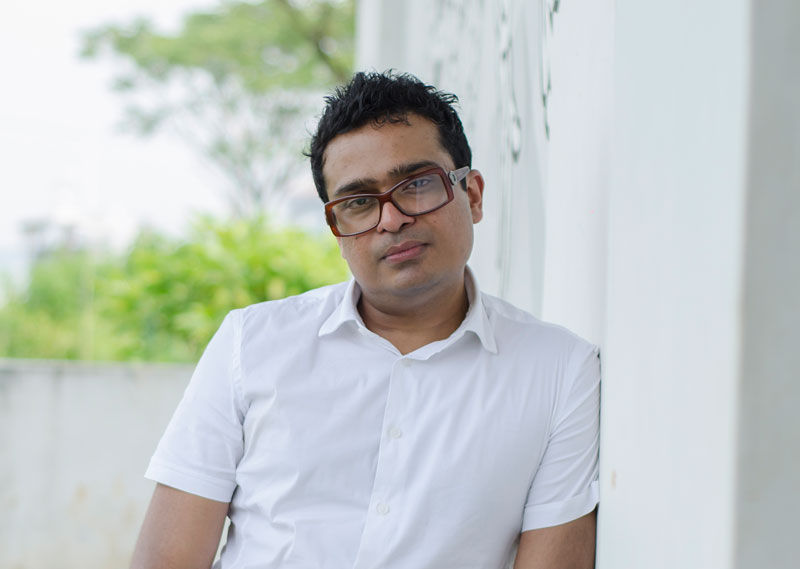 Currently leading a march on the curatorial programme for the forth-coming Kochi-Muziris Biennale, India; Jitish Kallat has substituted his demands as an artist, for an extended sabbatical as lead curator in South India. Expanding on the biennale’s original premise of having exhibited 89 artists from 23 countries in 60 spaces across 14 sites for 96 days; Kallat has travelled extensively from Tokyo to Rio de Janeiro to deliver his vision for the second edition of this much anticipated cultural event.

The curatorial role for which he is appointed gives Kallat license to introduce an evolution of ideas that have since become the platform from which to deliver this large-scale site-specific experience to an international audience. When explaining his curatorial approach for Kochi, Kallat appears less driven by dogmatic principles and is much more governed by his intuition - a process that could be likened to making a new body of works - which originally had the artist/curator initially walk the length and breadth of the coastal city and sites for the biennale, absorbing something of the history and circumstances of this incredibly significant place of trade and commerce, in order to arrive at a sense of what was necessary this time around. Part of this history involved a group of Keralan mathematicians and European explorers, collectively reorienting the socio-political history of the wider world from the biennale’s very location. Against such an immersive undertaking, it is interesting to understand Kallat as artist, in order to translate his approach to creating and conceiving of a creative framework on this scale.

Rajesh Punj: Initially I wanted to ask about your art school? Were you originally drawn to painting or sculpture, and who were your original influences?

Jitish Kallat: I attended art school at the Sir J.J. School of Art, and was drawn as much to the exemplars within the visual arts realm as I was to mass media, advertising etc. I did my B.F.A. in painting and even today hold the painted image as a very potent vehicle to carry ideas. My early art influences were rather wide, covering a vast number of artists, across generations and continents. But I’d say it was also the stuff on TV, the billboards, and the mess and grime of one’s neighbourhood that hugely stimulated my practice.

RP: Where was your first major solo show? Were you positively received by audiences and your critics immediately, and did that matter to you?

JK: My first major solo show titled ‘P.T.O.’ opened at Gallery Chemould (now Chemould Prescott Road) in 1997 when I was all of twenty-three years. Showing with Gallery Chemould was a huge privilege as it is one of India’s oldest galleries, and has been instrumental in shaping the course of contemporary Indian art, and up until then they had only worked with artists who were in their late thirties or older. The feedback to the show was fantastic.

RP: When you started making works with a greater global audience in mind, did you make works that are of a greater global significance, or are you still concerned with local issues and your own geography first and foremost?

JK: First of all you don’t begin making work with a specific audience whether local or global. Besides terms such as ‘local’ and ‘global’ are not absolute binaries anymore. They can be used in an academic discourse but they hold little value, except perhaps as mere tools of description, while you are actually making work in the studio.

RP: Do you feel like you are consciously creating a style and a language for your works in India, in a context in which there wasn’t one in place already? And are you truly original in that sense?

JK: In today’s world the notion of the “entirely original” is not just an impossible position but also an uninteresting one. At a time when both knowledge and experience goes through intense interbreeding with the virtual, culture will reproduce itself in exciting hybrid ways. My work would probably be unique only by virtue of the fact that it doesn’t remain rigid in pursuit of absolute originality, and instead becomes a flexible processing field to engage with and disentangle the million signals that enter my system every day.

RP: What motivates your work? When looking at the epic scale and ambition of paintings like the Untitled (Eclipse) series and then the haunting homage to Mahatma Gandhi with Public Notice 2 one enjoys the incredible confidence of such works. What leads you to such ideas and such works? And do you think scale amplifies your message?

JK: I often say that the city street is my university. One finds all the themes of life and art- pain, happiness, anger, violence and compassion- played out here in full volume. Scale is merely one of the many tools one can deploy in the creation of meaning, and decisions such as big, small, life-size etc. are as much acts of meaning creation as they may be retinal or aesthetic considerations.

RP: Does your work translate well across continents?

JK: The notion of translation across continents is one of the adventures and pleasures of contemporary art today. I enjoy the way art-works gain and shed meaning across varying demography and geography; as an artist one provides the works with some vital ingredients with which it continues to engage and dialogue with the world across time and space.

RP: More generally is art receiving the attention it deserves in India now? We are all aware of the scale of cinema and television in the sub-continent, but not of where art fits alongside such cultural giants. Are the audiences ready to understand the very different messages of contemporary art without as much reward?

JK: Contemporary art in India continues to be viewed by a small but fast growing community of people who form the art world. It would be a fair assessment to say that the circumference of the art-world is growing at a rate which was hard to imagine a decade ago. We have to note that the contemporary art movement gained its momentum only in the last few decades, so people are yet to acquire the tools to understand art. One key dampener is the visible absence of an enlightened, readable review culture in the mainstream media; as a result the public at large remains detached and somewhat art illiterate. In the last few years the focus of this media has been on some sort of a vacuous celebrity citing so most shows are written about in the party pages of the newspapers. These are some of the dangerous symptoms of a community fed on a diet of reality TV and song-n-dance cinema whereby even the key newspaper and news channels on TV begin to reflect a skewed, unreal version of reality.

Anyway to answer your question, contemporary art remains a niche discipline when compared to the impact of mainstream cinema or television on the general public. Besides the population at large remains preoccupied with pressing challenges of survival, for whom mass cinema and television act as ventilators to momentarily escape from the harsh reality of daily life.

RP: Returning to the work Public Notice, what do you make of Gandhi now? Do you think he failed in his ambitions for India or did India fail him? And subsequently with this entire move toward a technology rich culture allowing for a booming economy; is India failing him again, or were his dreams always impossible and regressive?

JK: Gandhi is a massive figure whose speeches and writing form some of the foundational texts of the nation state. He used symbols, words and actions like an artist at precise moments to reawaken an entire subcontinent to stand up against an oppressive invader using the most imaginative tool of non-violent disobedience. In today’s terror-infected world, where wars against terror are fought as prime television time, voices such as Gandhi’s stare back at us like discarded relics. India is not failing Gandhi with its booming economy. Gandhi was not anti-prosperity but the growing inequities between rich and poor does call for a radical moral and social transformation.

RP: Where do you go from here? What matters now that might not have mattered before? And finally do you feel like you have succeeded with what you wanted to do, or are you seeking more from your practice?

JK: If Warhol spoke about the 15 minutes of fame, I’d say the occupational hazard of being an artist is that you only enjoy fifteen minutes of satisfaction. The completion of a piece or a project is mere stopover, a pause in a very long endless expedition … 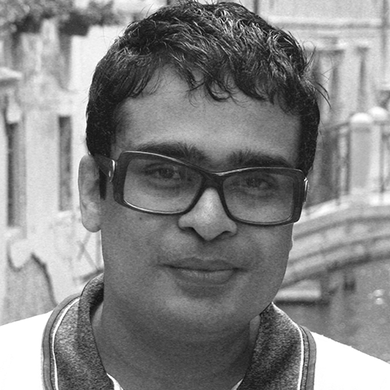 three decimal points. of a minute. of a second. of a degree at Hauser & Wirth Zürich

Interview with Angelo Plessas at Frieze 2013

Behind The Scenes of Scanner's Falling Forward