Jake & Dinos Chapman Poem for Who's Afraid Of Red, White And Black? 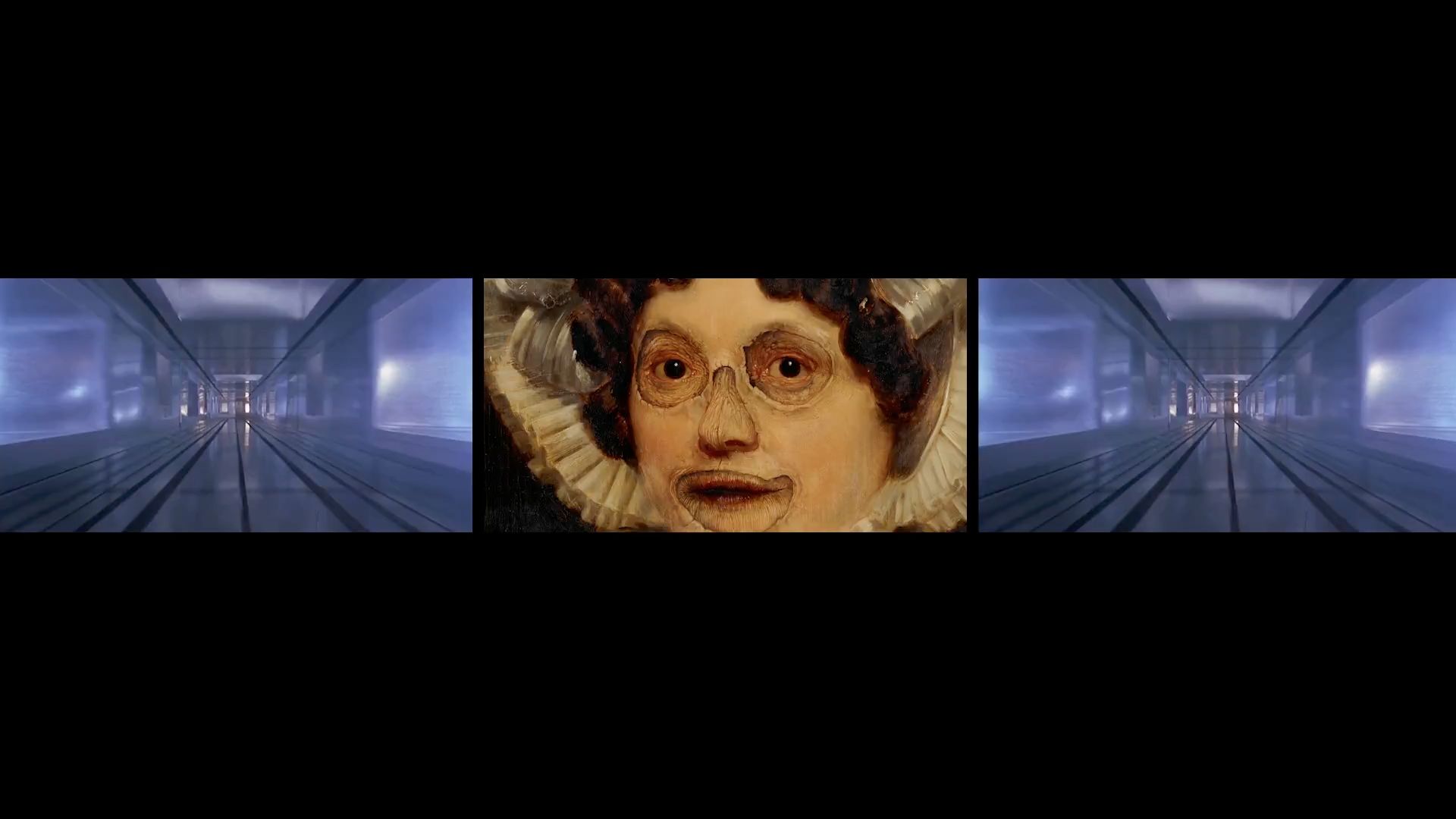 Jake & Dinos Chapman have included a poem alongside the launch of their latest artwork Who's Afraid Of Red, White And Black? on Sedition. The 10-minute video is a self-referential piece that encapsulates the raw, emotional power of the Chapman brothers' work.

Set within an unsettling, fetishistic dreamscape, Who's Afraid Of Red, White And Black? features flashing portraits of British 19th Century aristocracy from their One Day You Will No Longer Be Loved (that it should come to this...) series - the portraits modified by the artists to appear as decaying corpses. The video also features images from the artists' I Felt Insecure series of sculptural pieces composed of brains, sexual organs, rubber gloves, tools and industrial equipment.

The following poem, chosen by the Chapmans to accompany the new artwork, touches upon cultures, history, death, war, body and animals as themes and symbols that run throughout their work.

Under the magic ascendancy
of scribble and the crushing
opposable-thumb a hunter
with an ogre-like head
poached by a rabid dog
emerging from a dark cave
snapping at the hand
whose savaged imprint
reappears in a cave in Castillo
with two hundred mutilated
hands at Gargas to ward off
evil eye-sockets wearing
a magical diamante collar
of the Aurignacian period
threading fangs of slain prey
sucking plasma of sacrificial
animal’s bones hand-carved
by deft artisans into magical cattle-prod
which matches the perspectival
size and shape of one of the
Easter-egg Island petroglyph shells
decorated in the background
carved from volcanic lava
rolled over wooden logs
to propriate the spirits of the dead
mummified remains painted
in crude-oil trompe l’oil foreground
rock crystal skull glows
radiating light through
a thin grey skin wash - yet behold!
to the left of the camp commandant
wrapped in barbed wire
chained to a wooden scaffold
a captured teddybear is mocked
by nomadic Ghiliak tribes
before they gorge themselves
on its tortured fun-fur’s
Passing Iglukik female demon
goes off in search of game
from the mother of all sea animals
Enclosed inside a pack of ice
which melts in summer she
falls and loses consciousness
on the mountain being unable
to recover until a beneficent dog
has licked her frozen heart warm.
Mummy Pynry-Wayrgyn lives in the moon
squeezing fish and sea-creatures
from her nipple which swim towards
sinister fishing nets –
the sinister spirit of nervous maladies
the spirit of epilepsy,
the spirit of St.Tourette
the spirit of ether or opium
the spirit of vacuum packing
the spirit of the industrial machine-gun machine
the spirit of the looming Jacquard loom
the assistant spirits of the Tunguska
shaman’s felt-tip circle weaving
the mandalas of the Hindus
the zodiacal plans of pre-Colombians
and clenched solar beams
squeezed through the cathedral’s
clenched petal aperture
filling the vestibule
with debauched lapping
buttresses of choir boys
whispering in the shower
attendant’s ear a shaman
from Tunguska clothed
in the death's head
insignia of his succession
exorcising his priesthood
in the midst of a people who look
upon their abnormalities as the cracks
through which unseen powers manifest themselves
A host of ancestors sapping the fear
of fruitless love borne in the name of
the departed, the benevolent or terrifying
of ancestral figurens carved
in a railway transit of logs and rags
The remembrance of the dead
in New Guinean earthen-ware parties
An inomminate skull upholstered
with the skin of an ancestor
whose virtues they wish to preserve
for themselves and their descendants
a snake standing up like a cock’s comb
or jester’s hat on the head
of a long-eared devil from a Bolivian
tourist casting spells with Congolese nails
while Enguerrand de Marigny
is hung at Montfaucon for casting a spell
on Louis X’s papier-mâché effigy
hung on a miniature wooden gibbet
A glassy obsidian Luger pistol
studded with pearls and precious stones
dedicated to Huitzilopochtli
sits in its leather holster
symbol of the metaphysical objective
behind ritual holocaust reflects
the belief in the necessity of assimilating
those forces which having left the dead
will come to inhabit the body of the excutant –
all seven million of them
and staring out into the black bitumen
tongue flashes of superheated gas
warp away from the turbulent corona
of the moon-sun,
compressed helium ignitions
arcing back into superviolent gravity...