Into The Light: Sougwen Chung and Yo-Yo Ma 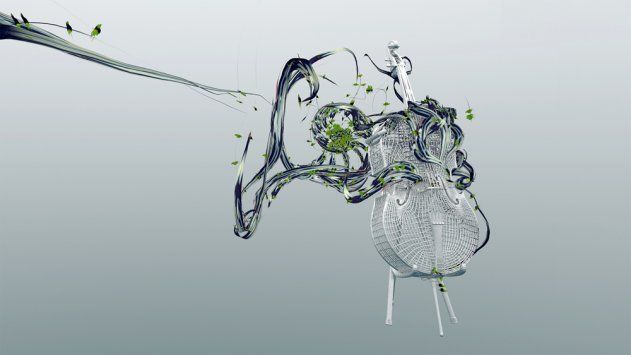 Sougwen Chung has collaborated with legendary musician Yo-Yo Ma to present a new immersive audiovisual installation at The Gallery at VCUArts Qatar in Doha. The installation, Into the Light,  is on display until 22 February.

Into the Light was developed as an immersive experience specifically designed for the gallery space at VCUArts. It was created using Traverse, the spatial audio platform created by Vrai Pictures & Superbright and unveiled at SXSW in 2019 which turns the body into a mixer as it moves through space via sensors in Augmented Reality audio wearables.

Walking through the gallery, visitors can move physically through Johann Sebastian Bach’s Unaccompanied Cello Suite No. 2 in D Minor, performed by Yo-Yo Ma for his 2018 recording of Bach’s suites, Six Evolutions. The piece is accompanied by original visual art by Chung, who has created a series of sculptures and three-dimensional drawings in response to the sound piece. The sculptures and drawings are designed to blur the distinction between physical and virtual spaces, enhancing and interacting with the experience created by Traverse.

The exhibition is part of Yo-Yo Ma’s global tour of performances of Bach’s six suites. The Bach Project will travel to 36 locations worldwide and will celebrate the work and humanity of Bach and Yo-Yo Ma’s relationship with the composer, which spans six decades.

Into the Light was directed by Jessica Brillhart of Vrai Pictures and Igal Nassima of Superbright. Audio design and mixing was by Q Department using their Mach 1 technology. The project was produced by Erica Newman and Max Lauter with associate production by Corinne Brewer. The exhibition design was by Phi. The Traverse app is available in the App Store.

Into the Light is on display at VCUArts, Al Luqta Street, Education City, Doha, Qatar until 22 February.