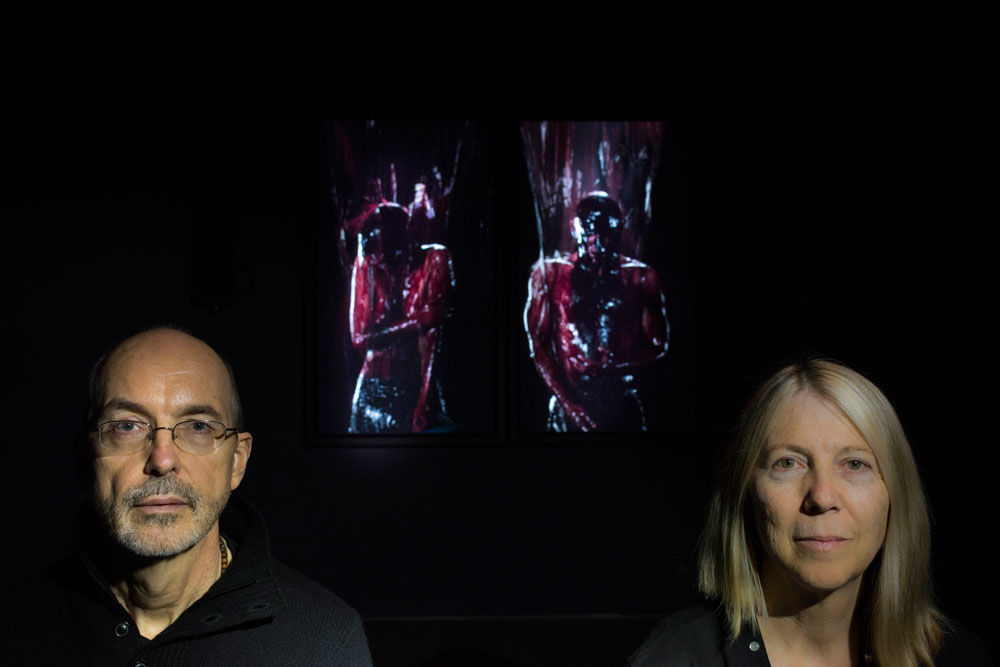 The works currently on display throughout the UK by the artist Bill Viola this autumn offers the audience a rare opportunity to view the impressive span of Viola’s work. Coinciding with Frieze, the exhibitions in London and Wakefield present a diverse selection of early-career and recent works, offering unusual access to the emotional and processual complexity of an artist whose pieces are both multi-faceted and emotionally resonant.

While Yorkshire Sculpture Park (where this interview took place), houses a striking body of technically sophisticated video works that span the last ten years, Blain|Southern and The Vinyl Factory in London have concentrated entirely on lesser known early sound works that have been discussed more often than seen. The Vinyl Factory temporarily houses Viola’s 1982 sound installation The Talking Drum, which resonates throughout the Brewer Street Car Park like an aching animalistic chant; concurrently Blain|Southern have reconfigured the installation Moving Stillness (Mt. Rainer), 1979 - for the first time since its inaugural showing - at their gallery in Mayfair. 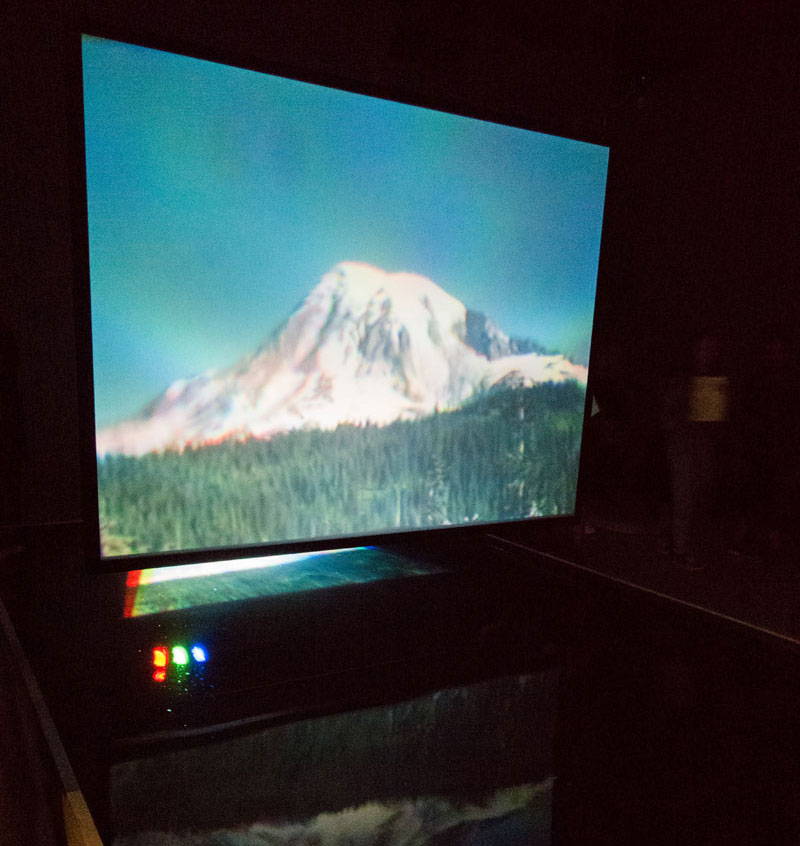 In a darkened room, as Viola works often are, Moving Stillness (Mt. Rainer) reads like an animated postcard suspended above a pool of shallow water. A picturesque image of a monumental landmark is reincarnated as art, transformed by light and dark, sound and space. As much as the projected image is a representation of the real, its relocation into a gallery setting is further augmented by the periodic disturbances of the water’s surface directly beneath the projection. Ripples refract the coloured light and reintroduce the representational, or unreal, back into the work as well as creating a new temporal experience of the representation which is unique to the space. As a meditative withdrawal from reality’s ugly truths, Viola seeks solace in a more reductive, almost cathartic space, as a redeemer for others’ sins. We had the pleasure to speak to Bill Viola and his lifelong collaborator and partner Kira Perov about life, death, duality and the future of art at Yorkshire Sculpture Park.

Sedition: Upon entering into one of your darkened installations what interests me is the varying scale of the works; and of the duality between what is happening and the anticipation of what is to come.

Bill Viola: The work is always about life and death, and of birth, light and darkness. Those are the fundamental ideas or elements that we create, Kira and I. And it has always been there in humanity. So you really need to feel overwhelmed. With ISIS and all those other kinds of things, it is unbelievable. So now I think it is a really important moment for all of us, and not just here in England, or back home in Los Angeles, but on the planet. So that connects with us really deeply, and many of the pieces come out of some of those ideas. For me I am always making things, and I am always thinking about things in relation to those kinds of ideas; they act as a backdrop to my work.

Kira Perov: Specifically with the exhibition, we thought a lot about the location here (in Yorkshire). We didn’t realise how much it would influence and affect the work. We have done a lot of landscape work previously, but mostly this show is not about landscape, it is about human beings, and it is all internalised. There is plenty of landscape out there. We have a tree piece called The Darker Side of Dawn (2005), and I was thinking there are thousands of trees out there. Why would we want to bring one inside the gallery? So the (YSP) show is about relationships, it is figurative, it is about transition. It is about how we think about our own mortality.

Normally the projections appear on separate screens. Night Vigil is one of those works that appears on two separate screens with opposing things happening at the same time. One has cascading water, the other has fire, and eventually the fire becomes the water; and then the water transforms back into fire. So there are these kinds of reversals of the elements that are going on. We also intended that there are relationships set up between two screens, even though we shot them at separate times. And there are these older figures on granite, Man Searching for Immortality/ Woman Searching for Eternity (2013); and I am looking at this and thinking, ‘wow, did we unconsciously put together this show that is very much coordinated, and also deals with the outside, and the park?’

BV: The sculpture park is perfect for this, it is amazing.

S: The environment appears to allow for the kind of contemplation your work requires of it.

BV: Yes of course, this is an amazing place to stay with something.

KP: The piece in the chapel looks like it was created for that space, and as such it is an amazing work within this landscape. 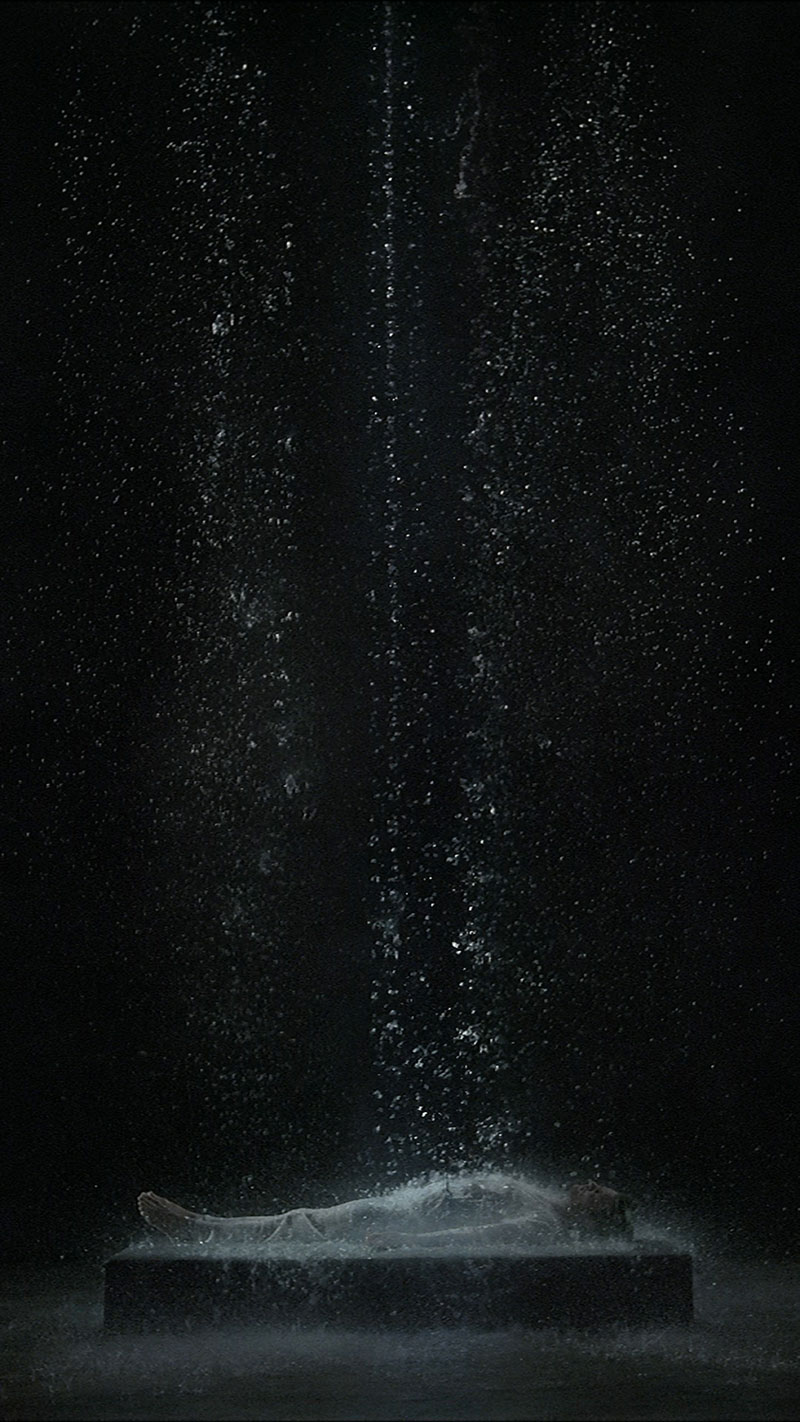 S: So correct me if I am wrong, but does this feel unique to you – locating works in this kind of immersive environment, having done something similar in Italy in 2012?

KP: Yes the closest thing was in Varese in Italy, for the Panza collection, but it’s not really the same thing. They have a beautiful estate and all the rest of it, but you are not surrounded by sheep and so much of the rural. With the ponds, gardens and lakes (at the Villa e Collezione Panza), it became more of an urban situation and much less of a singular environment.

BV: And all of the natural elements that you have here (at YSP).

S: Returning to the work, as an observer I am very interested in the elements that constitute your moving images irrespective of scale. Is there an impeccable understanding between you both of what you want of a work?

BV: It was the elements that we were both (Kira and I), grabbing.

S: There are possibly two overarching themes that come to the fore with your work, ‘the elements’ that you have referred to, and what appears to be a ‘study of spirituality’. How would you explain that in terms of the external forces you have described?

BV: I think people become the cast of these works, in order to elevate the thing that is around all of us; but you have to go deeper and deeper into it. And I think in a way we have all of this technology around us, which is another big thing that has come into our world, and it is this thing that is making us crazy sometimes. So all of these things are interacting with us right now. And when the Pope came over, (to the United States for an official visit); it was really incredible.

S: Spirituality reintroducing itself through one man. Do you see such virtue acting as an energy in some ways for a new generation?

BV: Yes there is that kind of reconnection, whereby you start to realise that ‘yes’ something is happening. And it is a shift, there is a global shift right now. And I see that young people coming up right now have absolute carte blanche to do anything. They can get out and kind of do whatever they want to, which is incredibly exciting. It allows for the next thing, because you always have to do something. It is great to have older people, all of us who have worked so hard for all of this time. It is really great, but at a certain moment you have to step back and let the next group of people in, and say ‘go guys, see what you can do with this, the old guys have done what they have done.’ And then they will take it from there.

KP: Bill is always talking about that. Essentially we have had different phases of working. Bill was originally self-referential, he turned the camera on himself a lot, in order to experiment with perception; and even transformation and transploration [sic] too. It is about how far you can go in order to involve the individual, and to include the self. And then we did a lot of landscape work, and working in the studio with a lot of actors, seeking to recreate passions and emotions. Which led to us working on a series of ‘mega works’ that included Going Forth By Day (2002), The Passions (2003), The Tristan Project (2004), the opera Tristan und Isolde (2005). And then we have taken the scale and spiritual drama of those works and tried to apply them to new work like The Trail (2015), dealing with acts of violence on the body, and of our trying to explore that further through material form.

Read more about the exhibitions in Bill Viola Opens Major Exhibitions In The UK. 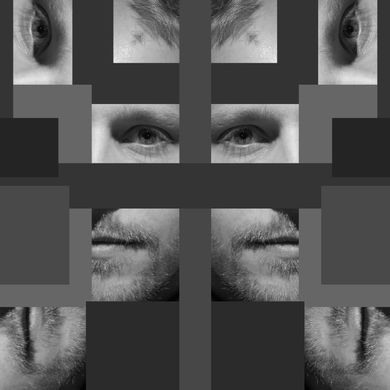