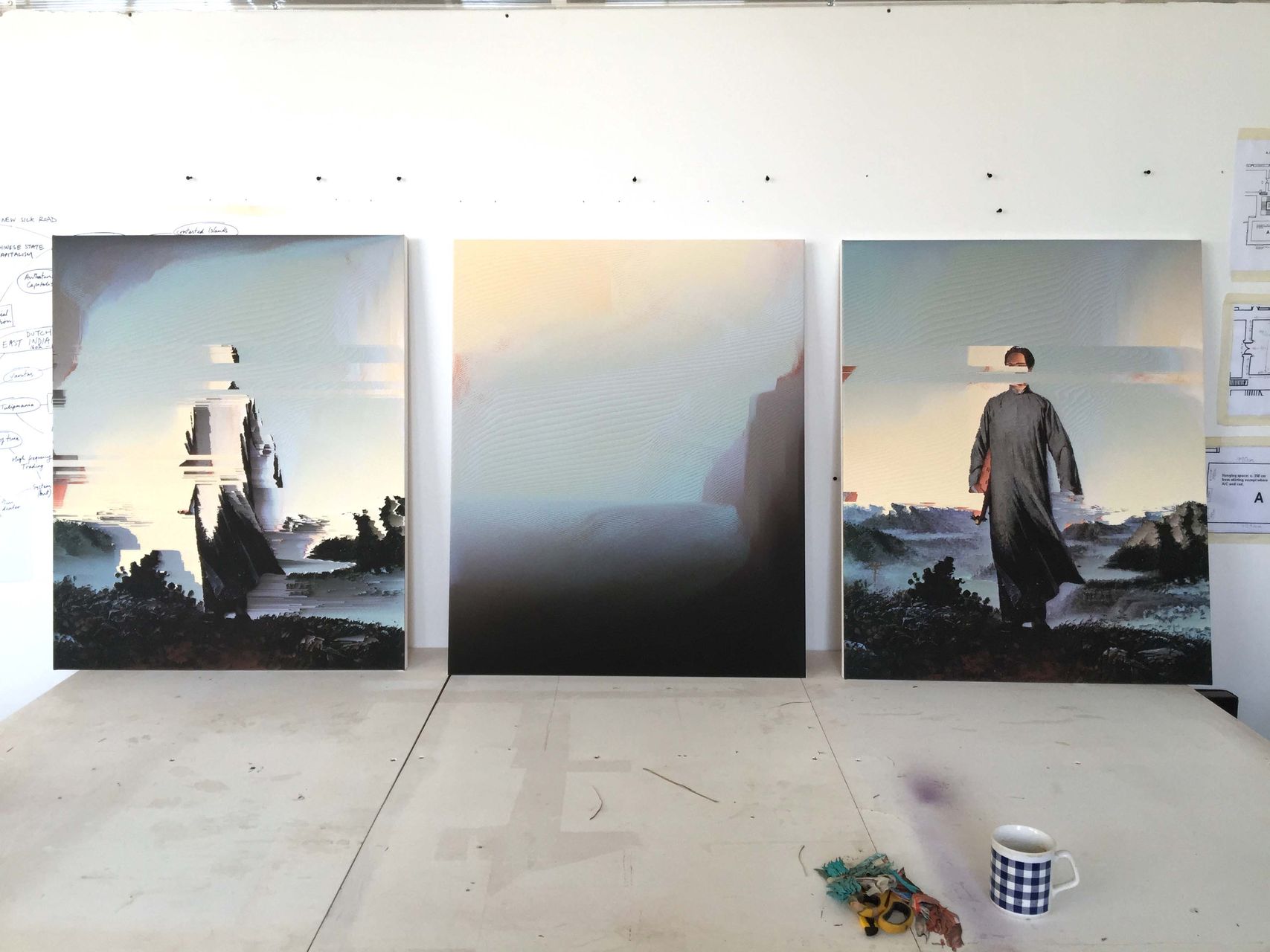 This Spring, Gordon Cheung presents work in a number of locations worldwide including in solo and group exhibitions in the UK, as well as in the Dallas Art Fair.

In Manchester, the Centre for Chinese Contemporary Art (CFCCA) celebrates its 30th anniversary with an exhibition of works by internationally renowned Chinese artists including Xu Bing, Tsang Kin-Wah and Rarekind China until July 2016. The Centre has represented Chinese artists in the UK for three decades and in doing so has sustained and developed nuanced and relevant international cultural exchanges. Among the programme, 30 Years of CFCCA, is an exhibition of works by Gordon Cheung in Gallery 2, which takes place from 8 April – 19 June 2016.

The works presented by Cheung deal with how China’s civilisation and national identity have formed and been perceived over the past decades. By reappropriating Chinese propaganda posters and manipulating them using algorithms, the artist reflects on how attitudes to the country have changed alongside its evolving international role. Watch a video of Cheung speaking about the CFCCA.

Across the Atlantic, Cheung’s work is represented by Edel Assanti Gallery at Booth F27A of the Dallas Art Fair, Texas, US. Alongside the Fair, MTV and Paddle 8 are auctioning artworks by eminent artists at MTV RE:DEFINE 2016, a fundraiser event at Dallas Contemporary Museum. A print by Cheung, which has been donated by the artist and Alan Cristea Gallery, will be auctioned for the event on 8 April. Funds from the auction, will benefit Dallas Contemporary Museum and Staying Alive Foundation, MTV’s HIV charity.

Also in April is Cheung’s solo exhibition featuring new videos and paintings, Here Be Dragons, which opens from 30 April - 17 July at Nottingham Castle, UK. The exhibition’s name refers to the cartographical term Unknown Lands meaning unexplored and possibly dangerous terrains. Cheung’s large scale paintings, videos and digital works explore how power, agency and art have come together at different points in the history of capitalism.

Work by Cheung has also been acquired recently by the Yale Center for British Art.

RCA collaborates with Subject Matter & Sedition to present The Campaign

By Royal College of Art